“A leopard can’t change its spots”

If someone can not change their inherent traits, even though they are trying to change them, you may use the above phrase to explain this awkward situation. However, the spots of the leopard enhance the beauty of its’ yellowish fur coat and their glamorous fur coat act as an extraordinary camouflage. These mammalian Felidae family members belong to the Carnivora order. In Sri Lanka, you may find four big cats including leopard, fishing cat, jungle cat, and rusty-spotted cat. The scientific name of the Ceylon leopard is Panthera pardus kotiya who is endemic to this country.

If you visit national parks which distribute in arid, dry, and wet zones of this country such as Yala, Wilpattu, Bundala, Wasgomuwa, Gal Oya, etc., you will observe the amazing behaviors of these smartest predators around 5 feets length. According to the information of IUCN, the Ceylon leopard is categorized under the red list (endangered species). Habitat destruction, trapping, being shot, and poisoned are the main factors that have been caused the drastic decrease in their population. The roughly estimated Ceylon leopard population in all over the country was 700-950 individuals as of 2015. The life span of this top-ranked predator is around 12-15 in the wild while they are sexually matured around 2.5-3 years. During their mating season, female leopards are mating with several males within a week, because females want to save their babies from the attack of male leopards. While one female leopard is mating with many males, every male leopard considers the cubs as his own cubs and protect them. The gestation period of the female leopard is 95-105 days and gives birth to 1-3 cubs once at a time.

At the correct moment, this hunter boosted its speed by wagging the long tail

The leopard has a carnivorous dietary habit and their widely available prey is spotted deer. This big cat has 18 toes (5 each in forelegs and 4 each in hind limbs) with sharp piercing claws. Leopard is silently stalking its prey until it is within striking distance. At the correct moment, this hunter boosted its speed by wagging the long tail rhythmically and leap on the pray. Leopards kill prey by biting the throat or around the mouth of the prey, using sharp teeth which are placed in the powerful jaws. Generally, leopards are not sharing their diet with others. But if you visit Yala, you may see two or three (rarely more than that) leopards (esp. male) who belong to different families are sharing the prey. However, these strong beasts do not prefer to deal with water, since they are quenching their thirst by drinking water using their tongues, even without soaking their legs.

Visual Identification of a Leopard

The spot pattern of the fur coat is the main source of identification. All leopards have a prominent row of large markings starting above the eye and ending above the ear. Except for this characteristic feature, we can examine their spot pattern dispersed on the forehead, upper lips, flanks of the face, and the body.

The Tragic Death of the Ceylon Black Leopard

This color mutation is a very rare phenomenon

Even though most of the genetic mutations lead to lethal effects, some of them are helpful to survive in the natural environment. The black leopard can be considered as a miracle in nature as this color mutation is a very rare phenomenon in this world. But unfortunately, Ceylon black leopard who lived in the upcountry area has died tragically after being trapped in a snare in the hill town of Hatton.

The Yala leopard Centre is very useful not only for the researchers but also for the nature lovers. This provides a lot of information ( e.g. general information of these big cats, leopard diary, family trees of the leopards, the territory of the individuals, picture gallery of rare incidents, etc.) of the Ceylon leopards who live in Yala National Park. The main scope of this center is the conservation of these precious animals by managing the buffer zone. You can compare the photographs which you have taken in the jungle with the database of this center and find the name of the leopard. Yala Leopard Centre elaborated on the value of Ceylon Safari.

If you are really interested in big cats, you can easily find the differences between these two morphologically similar species; Jaguar and leopard. Jaguar is considered a new world cat as it was firstly found in America. The jaguar is the most powerful mammal in the animal world and it is bigger than a leopard. The average weight of the female jaguar is 85-90 kg and the male one is 110-120 kg. The fur coat of the jaguar is decorated by black color larger rosettes with spots in the middle. In contrast to those small plain rosettes (without any central spot in the middle) beautify the fur coat of the leopard. Leopard is considered as an old-world cat that distributes in China, India, the Middle East, and down into Africa.

Beauty is only Skin Deep

Most of the big cats were killed to get their elegant fur coat since it can be used as many items of clothing such as coats, shoes, handbags, etc. Even though these big cats are named as top-ranked predators in wild, they are more innocent comparing to some of the human beasts who live in our society. Therefore, these cruel human creatures destroy the entire mother nature.

A dress made of the original leopard fur may give you a dazzling look. But an innocent big cat has died to give you that beauty. So remember, “ Beauty is only skin deep, your ugly and cruel thoughts lie to the bones” 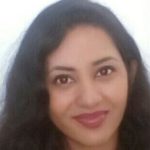 1 thought on “The Smartest Hunter of Ceylon Wildlife”