Coins are some of the oldest artifacts that reveal the history of our past. Numismatics covers the collection and study of coins, tokens, and BankNotes of all ages.

Sri Lanka has a very rich and documented numismatic history stretching back over 2300 years. The earliest known coins mentioned in the 3rd Century BCE Chronicle Mahavamsa are Karshapana. These are small flat silver pieces about three grams in weight on which various marks have been punched. Most came from India in trade, but some may have been manufactured in Lanka.

During the early Anuradhapura period

The first indigenous coins of Lanka issued during the early Anuradhapura period have the railed swastika which is found only on Lankan coins. The largest of these coins known as the Elephant and Swastika has multiple symbols. Smaller coins have the Bo tree, lion, Horse, or Gaja Lakshmi on the reverse and the railed swastika on the obverse.

The Kahavanu which were issued in the 7th to 11th century are about 4.3 grams of typically 9-15 Karet gold and are also found as fractions Pala (Quarter) and Aka (Eighth) of a Kahavanu. Similar sized Silver Nikkah and Copper  Masaka issued from 9th to 13th centuries had the name of the king written in Nagri text.

Coins issued by the Portuguese, Dutch and British

Coins were also issued by the colonial rulers, the Portuguese, Dutch and British for use in Lanka. During the British period from about 1840 to 1880, tokens were used in coffee and tea estates as payment for labour. The tokens were redeemable only at the company shop for goods creating a closed economy.

Decimal currency as rupees and cents coins is dated from 1870 and has the head of Queen Victoria. Similar coins in copper and silver were issued with the heads of Edward VII, George V, George VI and Queen Elizabeth II. Coins with the Ceylon Armorial emblem were issued from 1963 to 1972, and the Sri Lanka Armorial Emblem since 1972. The Central Bank has also issued commemorative coins since 1957, some of which circulated, and can be found among the change you get.

The rich history of almost 250 years

Sri Lankan Banknotes have a rich history of almost 250 years. The oldest notes issued by the Dutch in 1785 were known as Kredit Brief and in 1796 as Kash Noot. The British issued Sterling currency from 1827 and many international banks operating Lanka issued currency as well. From 1885 there was Rupee Banknotes from the Ceylon Government, and since 1951 from the Central Bank.

There are a number of Coins and BankNote Collections, like that in the Colombo and Kandy National Museums, the Dutch Period Museum, the Central Bank Economic History Museum, the Bank of Ceylon Museum.

Depends strongly on its rarity and condition

The market value of a coin or currency depends strongly on its rarity and condition. Punch Mark coins about 2000 years old may sell for little more than their weight in silver. Most copper Masaka coins which are over 800 years old and VOC Duits which are over 200 years old may be obtained for around Rs 200 since they are found in very large numbers. There are, however, a few Lankan copper coins that are worth a lot more than their weight in gold.

Expert knowledge to identify as Fake

Crude replica of the VOC bar, Dutch, and early British dump coins are sold by street hawkers in Galle Fort and other tourist spots.  There also some replica, which needs expert knowledge to identify as Fake.

Note that it is also illegal to export out of the island any genuine antique items including coins more than 100 years old. The Sri Lanka customs have recently opened a Museum with the best of these confiscated items including coins. Technically modern fakes are OK, but the Sri Lanka Customs Officers at Airport or Post office will not probably identify them as such,  and if discovered will give you as many problems as the genuine article, until you can prove they are fake.

The Sri Lanka Numismatic Society (SLNS) was founded in 1976 to serve the collectors in Lanka and has many leading collectors and dealers of Coins and BankNotes as members.

“Dr. Kavan Ratnatunga has a 1983 Ph.D. from Australian National University, specializing in the automated statistical analysis of Astronomical data and digital images. His 25-year career in Astrophysics included research at leading institutions in the USA and Canada and with the NASA Hubble Space Telescope. He retired back to Lanka in 2005. His current interest includes increasing the information on Lanka on the Internet via his domain lakdiva.org. Dr. Kavan maintains comprehensive educational websites on Lankan Coins and BankNotes @ (http://coins.lakdiva.org, http://notes.lakdiva.org).
He is President of the Archaeological Society of Sri Lanka. and the vice-President of the Sri Lanka Numismatic Society, and a Trustee of the National Trust of Sri Lanka.” 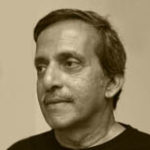 His current interest includes increasing the information on Lanka on the Internet via his domain lakdiva.org. Dr. Kavan maintains comprehensive educational websites on Lankan Coins and BankNotes.