In the past, wetlands were used as wastelands. People do not know the value, and many wetlands have been drained or used as dump sites for urban waste. Later on, the people realized that wetlands are the world’s most valuable and vulnerable environments, and varieties of plants, animals, and human communities are depending on it.

According to Ramsar Convention, the wetland has defined as: “areas of the fen, marsh, water or peatland, whether artificial or natural, temporary or permanent with water that is stationary or flowing, salt or fresh, including areas of seawater the deepness of which at low tide does not go above six meters”

Diyasaru is a valuable natural resource found within the Colombo wetland complex. During the ancient kingdom of Kotte, people had a sustainable living style, which was in harmony with natural ecosystems. Formerly, in the 1980s, the area was a paddy field, and late 1970s the part of the land was used to build the parliament lake and rest part used to deposit dredge material. Gradually, the land becomes heavily covered with invasive species and transformed into a wetland.

The living laboratory Diyasaru’s land extending about 24 hectares. Diyasaru park is an attractive prospect for the tourists who have to get closer to brisk nature, forgetting about the busy life around them. The vision of the Diyasaru is to reduce the stress of urbanization.

The Diyasaru park is situated near proximity to the parliament, in a well-developed area of Sri Jayewardenepura which is the administrative capital of Sri Lanka. Diyasaru park is one of the first wetland parks in Sri Lanka, which exhibits a variety of wetland habitats such as ponds, lakes, marshes, and flooded woodland.

Biodiversity of the park

Habitat for more than 250 species of animals

Diyasaru park is a habitat for more than 250 species of animals across all varieties, including mollusks, arthropods, and vertebrates. Migratory Birds (Many migratory birds visit Diyasaru in every year during the time of September to March), more than 80 avian species birds, fishing cats (starts to roaming around the park when gets dark), Eurasian otters, saltwater crocodiles, insects (more than 30 species of butterflies, 28 species of dragonflies, and bees), freshwater fishes (more than 30 freshwater species including endemics, natives, threatened and few exotics species), aquatic plants and more than 100 native plant species are some organisms found in Diyasaru park.

Why do the visitors attracted by the park?

The Diyasaru park is providing more exciting experiences such as bird watching, birding by boat (early morning bird watching boat tours are conducted from 06:00 to 08:00), boating (rides are available on every day from 09:00 to 17:00), and wetland walks. Also, the park is divided into numerous sections such with a butterfly garden, bird hide, bird watching tower, green buildings, open study area, ecology laboratory, organic agriculture area, plant nursery, children’s pond, and audio-video room and also the park can be used for photoshoots. Furthermore, there is a large area available for vehicle park, with restroom facilities. It cost only LKR 100.00 as the price of the entrance ticket to experience with this wonder of nature.

Some sections of DiyasaruAs a reward, the Colombo city is rebranded as wetland city in the 13th conference of the parties to the Ramsar Convention on wetlands (COP13), held in Dubai on 25th of October, 2018. Colombo is the only South Asian city named wetland city under the Ramsar wetland accreditation scheme, and it is proud to remark the Diyasaru park is one of the leading roles for the award. 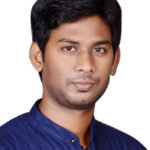 Following him M.Phil. in The Open University of Sri Lanka, and his research projects based on Computational Chemistry and Biochemistry. He graduated with a B.Sc.(Hons), Specialisation in Chemistry, from the South Eastern University of Sri Lanka. Also, He is a member of the Young Scientist Forum. He is writing many articles for the International Research Conferences in the field of Chemistry and He is interested in writing articles in the fields of Science, Architecture, Environmental, and Culture.