Cinnamon (Cinamomum Zylanicum) is listed under Lauraceae family and more than 250 species and subspecies can be found. Cinnamon is recognized as one of the tops in the spices trading in ancient human history. Although there are many cinnamon varieties, “Ceylon Cinnamon” is the most expensive and most famous. It is only available in Sri Lanka (Ceylon). The whole world called it “True Cinnamon”. The aroma and flavor of Ceylon Cinnamon are very special due to its chemical properties.

Best cinnamon they have ever seen

Portuguese sea captain, Lourenço de Almeida came to Ceylon in 1505. He was the first Portuguese voyager who came to this beautiful Island, by then it was called “Thaprobane” and they named it by the name “Ceylon” (by now Sri Lanka). Portuguese were traders and they came for spices. Due to the strategic business opportunity, the king of Kotte, Vira Parakrama Bahu, cordially welcomed them. In 1518 they discovered Cinnamon in this topical Island and realized that it is the best cinnamon they have ever seen.

According to laboratory experiments, Cinnamon essential oils are highly antibacterial and antifungal. Scientists believe Cinnamaldehyde is a depressant and it acts to protect the cardiovascular system. Cinnamon power stimulates appetite and digestion, therefore it helps to gain bodyweight.

Their quality and benefits are different.

Cinnamon can be categorized based on their growing locations and their chemical components. Although all of them are called cinnamon, their quality and benefits are different.

According to the Global market, below are the main cinnamon categories.

Ceylon Cinnamon and Cassia belong to the same family Lauraceae.

What is Ceylon cinnamon?

It is this small Island (Pearl of the Indian Ocean), Sri Lanka that supplies 90% of the world’s cinnamon demand. Pure Ceylon cinnamon is expensive and rare. And also, Ceylon cinnamon is the fourth most expensive spice in the world. They glow well on the solid of this tropical Island, and their chemical structure is unique. Moreover, Sri Lankan farmers use traditional methods to process and produce pure cinnamon.

Cinnamon (Cinnamomum verum – family Lauraceae) cultivated in Sri Lankan soil and handcrafted by traditionally skilled workers is called “Ceylon Cinnamon” in other words, it is famous as “True Cinnamon”.

Present-day “Ceylon Cinnamon” is a world-renowned brand name. This has become the most sort after spice in the world. Sri Lanka exports True Cinnamon to Spain, Europe, Ecuador, Colombia, Guatemala, Peru, Chile, and Bolivia. The main markets are Mexico and the USA.

What is Chinese cassia?

Chinese Cinnamon (Cinnamomum cassia/ Chinese cassia) is cultivated in southern China and also can be seen in South and Southeast Asia, especially in India, Vietnam, Malaysia, Laos, Thailand, and Indonesia.The bark of the tree is used as Cinnamon spice.

What is Vietnamese cassia?

What is the Indonesian cassia?

World’s largest Cassia cultivation is in Indonesia,  especially in West Sumatra and western Jambi province in Indonesia. Indonesian Cassia is the cheapest and mainly available in the US spice market.

Both are totally different Spices

Cinnamon Products can be seen in different forms.

Cinnamons are graded and bundled together as approximately 0.9m tp 1.1m sticks. Normally each bale is around 25 to 40 kilos in weight.

Large cinnamon sticks are cut into smaller sticks according to the customer requirements. Normally they are 2 to 8 inches in length. And also they are categorized into different grades according to their quality. Weight can be varied from 100g to 1.5kg.

Twisted shoots and twigs of inner bark are called featherings.

Once making cinnamon sticks, remaining unpeelable barks are beaten and removed. They are small chips.

Cinnamons are grinded and made into power. Cinnamon powder is used for different purposes including cooking and ayurvedic treatments.

Cinnamon Leaf oil is produced through the steam distillation process. Normally Leaf oil is extracted through traditional field distillation.Cinnamon leaf oil contains Eugenol. Oil is used as a spice flavour and as a source of Eugenol.

Same as Leaf oil, bark oil is also extracted from steam distillation of cinnamon bark. Cinnamon Bark oil contains around 70% cinnamaldehyde and 2 to 13% of  eugenol.

Cinnamon Bark oil is very expensive and its quality depends on the extraction process and material used.

Cinnamon can improve your health

It is advisable to use Ceylon Cinnamon

There are different types of cinnamon in the market as we have mentioned above, but some of them contain harmful chemical components to the human body. In order to get better results, It is important to use Ceylon True Cinnamon.

Where Can you find Genuine Ceylon Cinnamon?

Our advice is to find a genuine seller from Sri Lanka with a better track record. Also, there are some reliable online stores where you can genuine Ceylon Cinnamon and its various products. 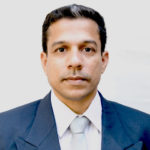